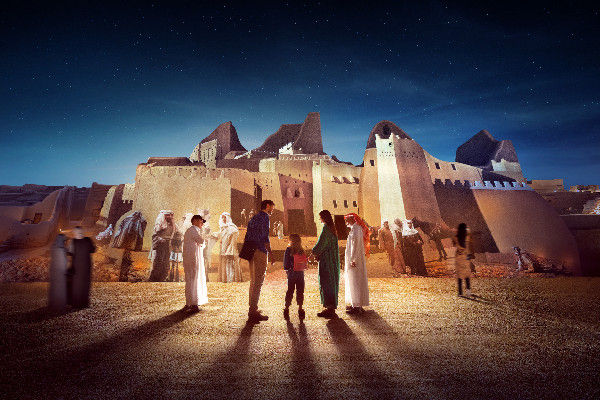 Al-Turaif is a historic district located in Al-Dir'iyah north-west of Riyadh which is regarded as one of the important political and historical sites in Saudi Arabia represented the capital of Saudi dynasty. Diriyah’s historical center is the UNESCO-listed site of At-Turaif, which was founded in the 15th century. It is the original seat of power of Saudi Arabia’s Al Saud family and contains ruins of mud-brick houses connected by narrow alleyways. The site has not been open to the public since it gained its UNESCO designation in 2010. The redevelopment of the area will enable people to walk through the ruins as well as the myriad museums and other spaces found inside.